Cyclists and bike mechanics hold a special place in their hearts for their service course, or workshop, but they are not alone in their attraction to a special place where their passion lives and breathes. Writers have their desks and libraries, and painters have their studios. And on a recent visit to Aix-en-Provence in the heart of southern France, we stumbled upon a virtual goldmine lost in time—the atelier of the legendary painter Paul Cézanne.

Well, to be honest, we stumbled on very little, because we came to Aix in search of Cézanne’s studio. But we did not leave disappointed. Cézanne, of course, is Aix’s No. 1 son. Born and raised here in French Provence, his relationship to the town and the region helped him forge his own very singular interpretation of Impressionism, less painterly perhaps than counterparts like Monet, and in many ways more muscular. He could spend hours in his atelier studying a still life of fruits—sometimes until they rotted—or walking up the hill to his favorite vantage point on the Mont Sainte-Victoire, a mountain peak that towers over Aix, which he painted a total of 87 times. 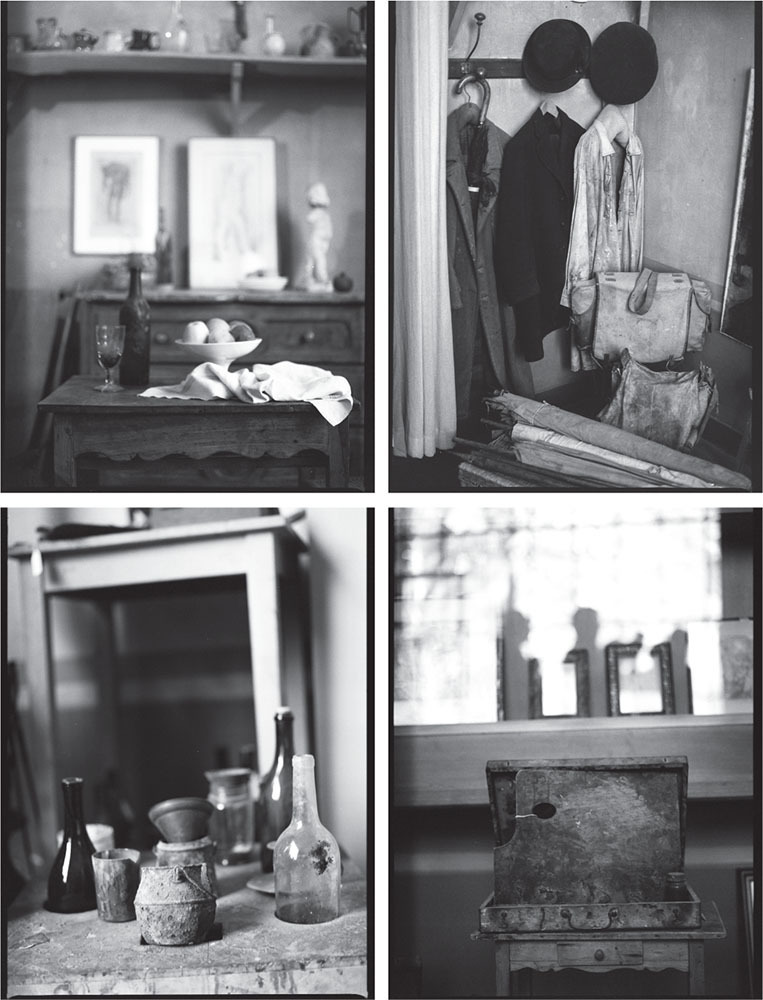 Cézanne’s atelier was his principal studio in his final years until his death in 1906. But unlike some of his contemporaries, Cézanne’s work was well recognized at the end of his career. His work was influencing the Post-Impressionism that was at its height, and elements of his work would even be considered a precursor to Cubism. Picasso stated clearly that Cézanne was his favorite painter. As a result, there was a desire to preserve his legacy, and today the studio remains very much like it did when he left it more than a century ago.

Situated on the outskirts of Aix, up a hill called the Colline des Lauves, its modest entryway through a stonewall would be easy to overlook. Stepping into the quiet garden at the foot of the house, visits are organized every 30 minutes, and while some have an accompanying tour guide, others simply let visitors roam freely through his studio space.

Located on the upper floor, Cézanne’s studio consists of a large, singular room with a huge bay window covered by a large curtain that allowed the painter to better control light flow into his workspace.

It was here where he painted The Bathers (Les Grandes Baigneusesin French), his final masterpiece, and one that he worked on for seven years. A large-scale painting based on a common motif in his oeuvre, Cézanne considered it unfinished at the time of his death. But the art world instantly considered it to be one of his greatest achievements.

Lining the edges of his studio are the various tools of his trade. His original palette and brushes—a painter’s tool kit—are presented along the back wall, while his easels are positioned next to the main window. Along the west wall many of the objects of his still life paintings and studies are arranged on the shelves. Meanwhile, a fruit bowl sits on a table, a perfect still life waiting to be painted. In one corner by the large bay window is a tall ladder that Cézanne used to access the upper reaches of his more large-scale paintings, like The Bathers, while in the back corner, hanging discreetly, are the blouses he would wear while painting.

Original photographs of the atelier when it was built at the turn of the 20th century show it quite isolated on the hill, although it is only about a mile’s walk from the center of town. That has all changed today as the town of Aix has expanded. But inside, little has changed and it is easy to imagine an aging, bearded painter working away on his oils and watercolors at the dawn of the 20th century.

Walking farther up the Colline des Lauves, one soon arrives at another central location for the painter—a small park called Le Terrain des Peintres. It was here that Cézanne would come many times a day, hauling his tools up on a small wagon, to paint his beloved Mont Saint-Victoire. Peaking at over 1,000 meters, the mountain’s exposed rocky peak dominates the Provençal landscape, much like Mont Ventoux does farther north in the Rhône Valley. It was here, in these hills, that Cézanne would come to explore while growing up—sometimes with his friend Émile Zola, the writer—and it was here where he returned frequently later in life to paint, and simply contemplate, his favorite mountain.