Paul Ripke is a German photographer, videographer, podcaster and clothing designer who has documented Formula 1 champions and the German national soccer team among many others. He currently lives in Newport Beach, California, where he has taken up cycling and runs his PARI clothing brand.

Ask 100 different people what you do and who you are, I think you would get 100 different answers. How would you describe yourself?

I’m proud of that, to be honest. In Germany you work for the same employer for your whole life. That’s one of the reasons I moved [to the U.S.] five years ago, because I like change. That’s the joy of life. I would probably say I’m an influencer, which people use way too negatively. I’m proud to have a little bit of influence into some people. I’m trying to sell a little bit of my lifestyle here in Newport Beach to my mainly German audience.

How did you get started in your career path?

My father always had cameras around, so I think he influenced me very much into cameras and taking pictures. I studied business, which helped me a lot because there’s a lot of very good photographers who are bad businesspeople. I’m a bad photographer but I think quite an okay businessperson! The main thing that got me started was hip-hop. German hip-hop is quite huge because since World War II a lot of American soldiers have been based there and they brought hip-hop. Hip-hop artists all needed photos and videos, so that’s where my photography and storytelling career started. Then I moved slowly into sports. I went to soccer. I went to Formula 1. I went to different bands, and then I switched more to podcasting and creating a brand. These days I’m creating content for my brand or whatever I do, but I’m not doing shoots for clients as a photographer anymore. 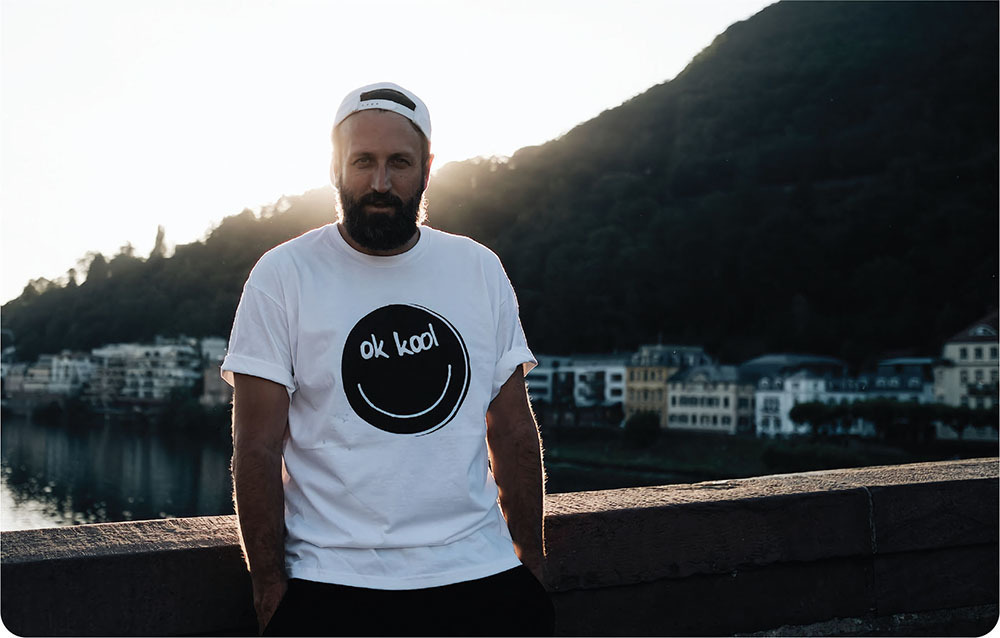 How did the opportunity to work in Formula 1 come about?

There was a German driver, Nico Rosberg, and he had tried to become Formula 1 world champion for six or eight years. It started as a joke, because I took pictures of the German national soccer team when they became world champions. There was this joke that I’m the guy that creates world champions. Nico reached out, saying, “So I should just hire you and I’m going to become world champion.” The first weekend we did together was in Barcelona and he crashed heavily. After the race he was like, “Paul! What happened? I thought I’m winning when I hired you!” I said, “Nico, you’re becoming world champion if you hire me. You’re not winning the Spanish Grand Prix. I’m thinking longterm.” The moment he became world champion later that season he said, “You were right!” Then he retired and Lewis [Hamilton] hired me because he saw what I did for Nico.

Why did you leave Formula 1?

Because I was not stoked anymore. We won everything you could possibly win in those times. After the last title, I was a little bit not crazy-stoked about it, and I need to be stoked. My job is to tell the story of an insane achievement, becoming world champion, and I felt that I wasn’t at 100 percent, telling that story. The second thing is that if you tell other people’s stories, you’re always depending on the other person. I got super-lucky; they all became champions. But also, I waited a lot. I was depending on their mood.

I think it’s easy to say that I want to tell my own story. I can tell you now two years later that it’s hard, but it’s worth it because if something successful happens tomorrow it’s only depending on myself, and not on how somebody else drives, or plays soccer or whatever happens.

You took up cycling pretty soon after leaving F1. Do you think your time there influenced that decision?

Yes, very much so. Friday nights, they close the track for employees of Formula 1 and you can run or cycle the track. There’s even some sort of race going on; so Ferrari races Red Bull and Mercedes in cycling and in running. The mechanics run against each other, which is a fun thing at the end of it because there’s a champion and everybody has a beer together. It’s a little bit competitive too.

I did cycle a lot when I was young. My father took me on bikepacking tours when I was 3 years old—with training wheels on the side. When I was 16, we did a two-week trip to Denmark, around 1,000 miles. And I think it did influence me a lot in my youth to become a photographer, because you see a lot on the bike. That’s also what I’m enjoying now: the different landscapes, the different people you see.

What’s your current bike set-up? I have my road bike, the special edition IZALCO MAX I did with Focus. Then I have two Canyon e-mountain bikes so that my friends can use them; alone, it’s no fun. My favorite child by far is the Canyon Grail:ON (e-gravel bike). What it enables in my life is just impressive.

I went to SBT GRVL and Valtteri Bottas [Mercedes Formula 1 driver who Paul used to photograph] was there because his girlfriend Tiffany Cromwell is a professional cyclist. We went cycling and I took the e-gravel bike and they took normal bikes and I could keep up. She’s a professional and he’s also an athlete, and we could go cycling together. That was one of the best days of my year, to keep up with them. I hate if people have to wait for me. It’s really embarrassing. 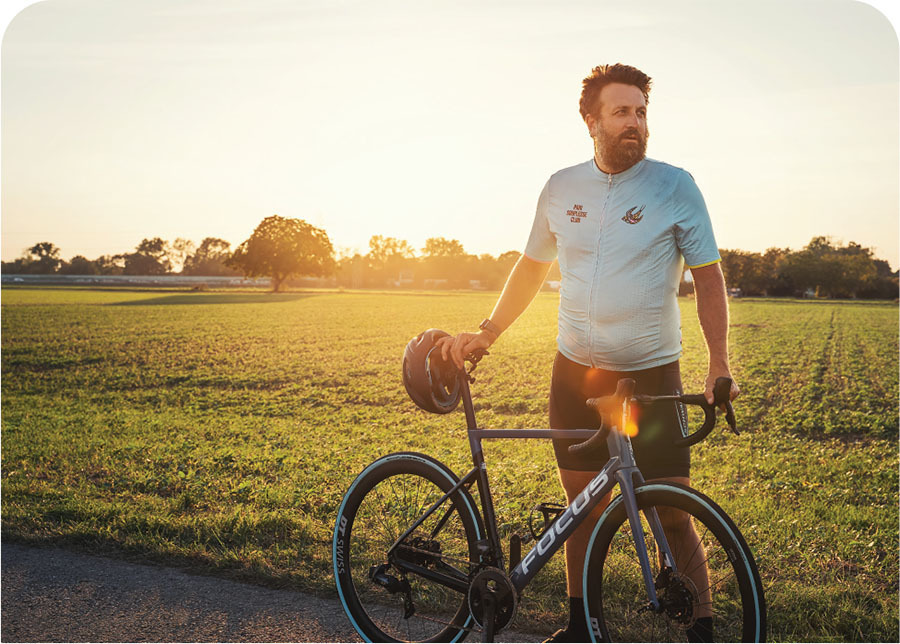 You recently started a clothing line, PARI. Where do you find inspiration for your clothes?

In L.A., or in New York or in the streets. I was always interested in clothing. I think that’s my hip-hop background, which is always connected with streetwear. The way I create is that I’m copying. I’m remixing stuff. I’m seeing trends I like, then remixing things with the colors I like, changing small parts here and there and then the result is a new thing. Last week I was in New York for four days to do nothing but sit in the streets and watch streetwear. Now I’m creating my new collection for next year.

You’re always doing new things. Do you foresee another career move or branching into another space in the near future?

I don’t. I feel like I overachieved already. I have three children. I have a happy wife. I live in Newport Beach. I personally feel like I’m in the encore of my life already.

From issue 106, get your copy at the Peloton Shop