On dusty gravel away from the traffic and road noise, away from the buses and box trucks and entitled guys named Chip in their luxury SUVs, freedom comes with a generous coating of dust. It gets inside our shoes, under our socks and in the webbing of our fingers; it dries up the spit in the corners of our mouths. And it maybe leaves us with a souvenir dusty cough that stays for a few days after a long ride.

Tractors push their way along high desert dusty roads, just east of the Sierra Nevada, heading out to fields of alfalfa and wheat grass on the way to Frey Ranch. A decade before Nevada became the 36th American state in 1864, someone by the last name Frey already farmed the dirt terrain outside of Fallon, Nevada, an hour east of Reno. Fifth-generation farmer Colby Frey has recast a portion of that family farming heritage: “My grandfather used to live in a dirt dugout while he was saving enough money to buy what’s now known as the Frey Ranch. He would say, ‘I don’t know what was worse, the snakes or the mice’—he concluded logically that the snakes were better, because at least they ate the mice.” 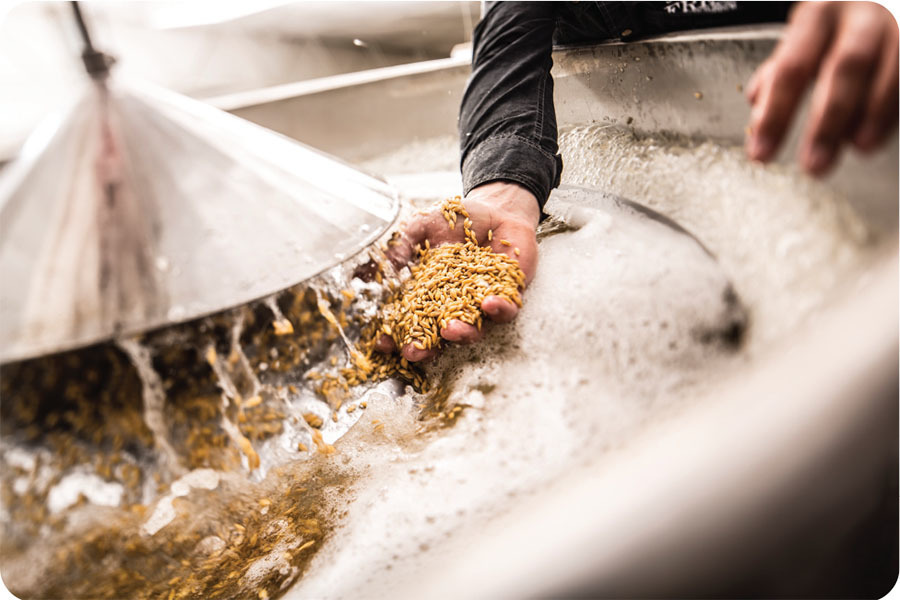 Frey continues: “We’ve always grown wheat, rye, barley and corn in addition to our farm’s cash crop, alfalfa, most of which is shipped to the global market. We always figured we had something special with the quality of our grains but by selling them on the open market we never got to see the final product.” The shift in focus, from growing grains that go to market to grains that go in a glass, has Frey taking a craft focus to what has long been larger-scale farming. In the process, Frey Ranch Farmers & Distillers have become Nevada’s only estate making whiskey that is home grown with their own wheat, rye, corn and barley.

The serendipity of Frey’s whiskey endeavor adds a splash of sustainability to the farming operation. The Frey Ranch farming business is about 1,500 acres of grain, and by turning some of those acres into delicious barrel-aged whiskey, these grains, which have a limited shelf life, are preserved both in barrel and bottle for our drinking pleasure. Whiskeys, quite unlike cereal grains, get better with time.

Where most whiskey makers focus on blending and barrel selection, Frey, a “whiskey farmer,” started with the grains themselves. His agricultural heritage had him digging into varieties of grain to select those that made the best whiskeys and, from there, he and his wife Ashley founded the farm’s distillery in 2006, raising whiskey on the land. “This area is considered the Oasis of Nevada,” he says. “We have a unique climate in northern Nevada that consists of very hot summers and extremely cold winters, allowing our whiskey to get the full benefits of barrel aging. Being located in the high desert sometimes gives our barrels the chance to see all four seasons in one day.”

A whiskey aged for between four and five years, the Frey Ranch current bourbon release is Batch No. 1. The mash bill consists of the non-GMO corn, winter cereal rye, winter wheat and two-row barley in fields just beyond the ranch house. Aromas of honey, candied orange peel and mint and a palate with notes of caramel, maple candy and a touch of heat. A fine whiskey drunk neat or great in old fashioned. $50.

From issue 98, get your copy here

The French Icon: Ode to Cognac