Milan and Turin are epicenters of Italian history, the modern capitals of fashion and industry and the historical capitals of a unified Italy. They remain at the forefront of Italian culture and arts. The two cities serve as major economic drivers, connected as the starting and ending cities of cycling’s oldest classic, Milano–Torino, which has been raced more than 100 times since its inaugural edition of 1876. As with many European races, there were breaks around world wars, and a five-year hiatus between 2007 and 2012 due to the world’s economic downturn.

The race is remarkable for its longevity, but also for those who have taken the victory in Turin and those who somehow never won. Italy’s first campionissimo, Costante Girardengo, stood on the podium’s top step a record five times in Turin, and his dominance both in this one-day race and the Giro d’Italia (he won three) marked a bit of a pattern for Milano–Torino as a classic for GC specialists. Whether it’s the Italian Giro winners like Battaglin, Saronni and Moser or modern GC riders like Urán, Pinot and Contador. 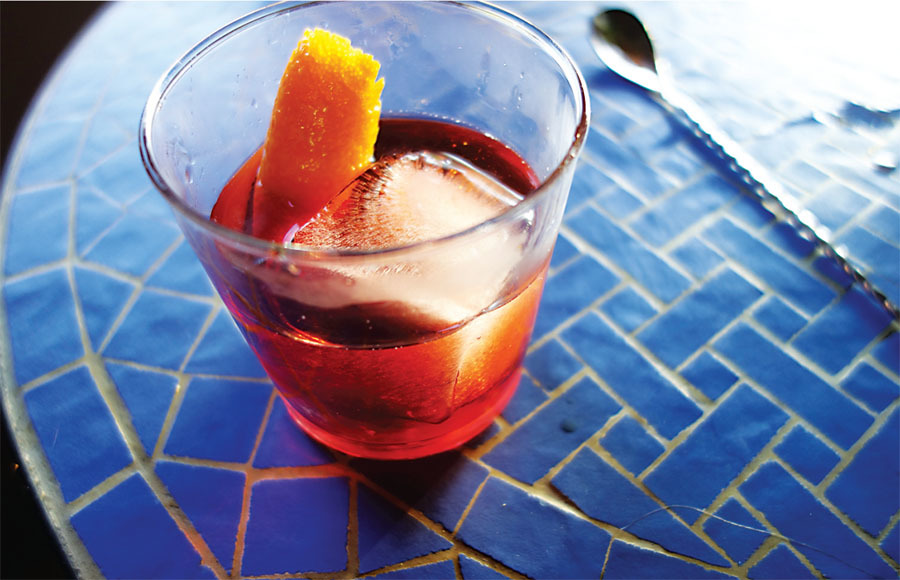 The recent uphill finishes at Superga have made this one of the few classics that climbers can stretch their legs on. Notably, Milano–Torino is missing from the palmarès of Coppi and Bartali, and it must be one of the only top-shelf one-day races, along with Paris–Tours, that Eddy Merckx never won. The most recent edition, in 2020, was flat, with a short climb over the Monferrato hills in Piedmont’s wine country about midway through the race. Arnaud Démare won the bunchsprint finish ahead of Caleb Ewen and Wout Van Aert.

Besides sharing the longstanding classic, Milan and Turin share the homonymous classic Italian cocktail that has become an inspiration for the universally loved Negroni. The Milano Torino, nicknamed the Mi-To, is a cocktail as classic as the race. With a history that ties together the two northern Italian hubs.

Milan and Turin are also known for their contributions to any well-stocked backbar, with liqueurs and spirits that have become iconic in their own right. In Turin in the late 18th century, Antonio Benedetto Carpano crafted what we’ve come to know at vermouth, and now specifically Vermouth di Torino. Following a recipe attributed to some local monks, Carpano’s original formula was a mix of about 30 different herbs with a white wine, the most essential ingredient being artemisia the Italian name for wormwood. Called wermut in German, from which the name vermouth derives.

Not to be outdone, liqueurs were also coming to the fore in Milan, with various amaros or bitter herbal liqueurs becoming popular as digestifs and for medicinal purposes. Milan has brought the world the acquired taste of Fernet-Branca, and the most famous bitter liqueur of them all, the brilliant-red Campari. Created almost 100 years after Carpano’s vermouth, Gaspare Campari landed on this final recipe for the widely used, bright-red aperitif. The color was originally derived from crushed insects, known as cochineals; this interesting ingredient was only discontinued in 2006.

The Mi-To cocktail is simple: two equal parts of Milan’s Campari and Turin’s Vermouth di Torino. The drink is bitter, syrupy and more viscous than the Negroni it inspired. This drink is also claimed to have been created by Gaspare Campari, in his Caffè Campari in Milan’s famous galleria. In the evolution toward the Negroni, there was a way station, the Americano. Add equal parts soda water to the Campari and Vermouth di Torino.

The pinnacle of the classic combination of these two signature Italian liqueurs is the Negroni, a longstanding classic cocktail that anyone worth their salt must know how to make. The recipe is simple, and timeless. It’s attributed to a Count Negroni who requested a bit of a kick be added to his Americano in a Florence bar circa 1919 by swapping out the soda water for gin. The rest is history.

The Negroni was a favored drink of Ernest Hemingway and iconic traveling gourmand Anthony Bourdain, not to mention Peloton contributor and photographer Andy Bokanev. The recipe is as simple as it is classic—three equal parts—though there are a few differences in opinion on how it all comes together.

The original Italian approach to a Negroni has it all being stirred together with a bar spoon, though these days folks like to make liberal use of the cocktail shaker—all of us wish we were Tom Cruise in “Cocktail” after all. The other departure is that rather than a twist of orange peel, Negronis in true Italian caffès actually come with an orange slice, but you, as the kids say, do you.

MAKE YOURSELF A NEGRONI

(I recommend the Cinzano 1757 or the Carpano Antica Formula)

Stir in a rocks glass with ice until chilled, garnish with either the orange twist, or if you fancy yourself an old soul, an orange slice, like they do in Italy.

From issue 102, get your copy here