The North Sea beaches of Belgium may not be the first place one thinks of coming to pay homage to Marvin Gaye, but it was here in the aging seaside resort of Ostend where the legendary soul singer set up shop between 1981 and 1982. And it was here that he wrote his masterpiece, “Sexual Healing,” which became an international mega-hit.

I first learned of Gaye’s self-imposed exile in Ostend from the Belgian crooner Arno when I covered him on an assignment for a French magazine. We had developed a nice rapport during the day, and after a long concert in the east of France he preferred to return to Paris in my car rather than wait for the tour bus. Conversation flowed between our love for Chicago blues, Belgian beer and, of course, the Ronde van Vlaanderen. 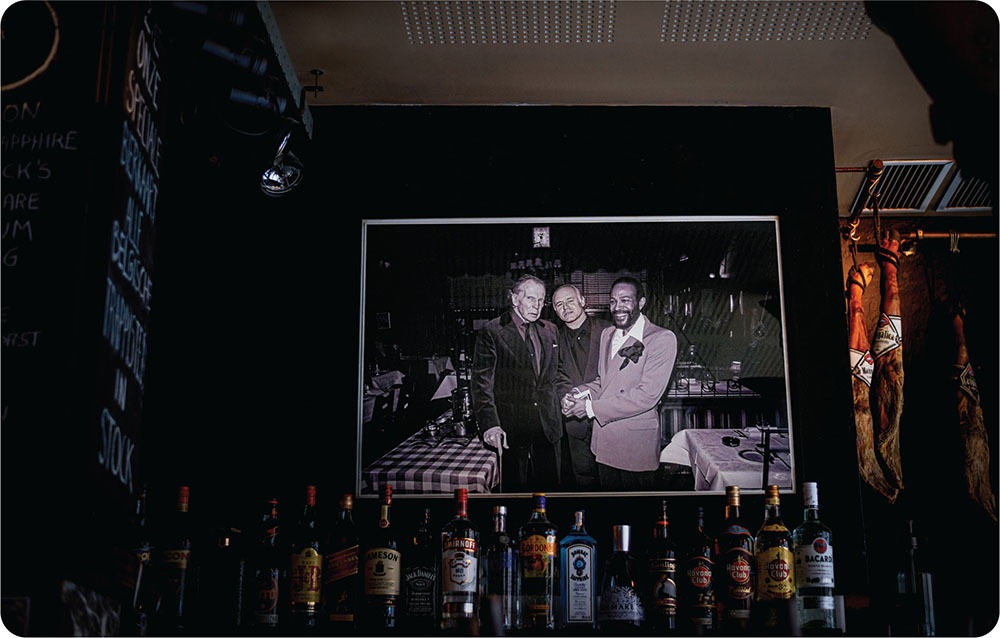 During that drive he also told me how he worked as a cook for Gaye when the American singer lived in Ostend. He told me how Gaye loved world geography and how his apartment was filled with maps. And I knew that one day I would have to make my way to the Belgian town.

I finally made it there during the Tour of Flanders weekend this year. I enjoyed walking along the beach and gazing back at the Belle Epoque architecture perched above the Belgian boardwalk. It was only when I returned to the promenade that I noticed signs advertising a Marvin Gaye virtual tour. It was late in the day, but it offered me yet another reason to come back. And so, with the 2021 world championships fast approaching in Flanders, I returned to Ostend, this time in search of Marvin Gaye memories.

Gaye came here in an effort to get some distance from record-label strife and financial woes, accepting the invitation of a local concert promoter, Freddy Cousaert. It had been a decade since Gaye had authored the iconic “What’s Going On” and his star seemed to be fading. In many ways his Ostend experience was a sort of self-imposed exile. The invitation was open-ended. It could have lasted a couple of weeks. In the end it lasted nearly two years.

While Gaye may have been an international star when he arrived in Ostend, it appears that he was only too happy to lead a quiet life and refocus on his music. He would run along the beach or in the nearby dunes and, according to Arno, he would admire his view of the North Sea and study his maps. And in the evenings, he could sometimes be found at The Groove, a music pub on Langestraat, a club known for its soul music selection.

Living at the Residence Jane, overlooking the sea, he slowly put his life back together and worked on future music. “I have been orphaned in Ostend,” he explained in the touching “Transit Ostend” documentary. “There are places I would probably rather be. But I probably need to be here in Ostend.”

To be honest, not much remains of Gaye’s time in Belgium. The recording studio where he produced his music now houses the upper floor of the office of tourism and many of the clubs and restaurants that he once frequented have long since changed their names. There are no signs that commemorate his time here and the one significant sculpture of him at his piano is housed in the town’s Kursaal casino—where he recorded the official music video of “Sexual Healing.” The Kursaal was closed during my visit because of Covid-19.

Walking down the Langestraat, I did manage to find what was once The Groove. While it’s now called the Lafayette, numerous images recount Gaye’s time there 40 years ago, while the DJ still spins classic soul records. Bolstered by my find, I then walked down the promenade toward Gaye’s apartment at the Residence Jane. There is no plaque on the door or anything that provides the slightest clue, but a gentleman working by the window on the ground floor was only too happy to confirm that this was indeed where Gaye lived. “He lived up on the fifth floor,” he said, admitting that I was not the first person to inquire.

Then, two doors down, I found the Taverne Florida, a local spot that Gaye frequented. The Tavern was not yet open but its owner, Marc Van den Kerchove, was inside preparing for the lunch service and stopped for a moment. “Yeah, Marvin came here often,” he confirmed. “He would always come in and have a Leffe after his morning jog.”

Van den Kerchove took over the Florida in 1987, five years after Gaye left Ostend. But he insists that visitors stop by, much like I had, to confirm Gaye’s presence here. “It’s been a long time, but people still come in all of the time to visit. So many places have changed. I don’t know that people were aware that such a star was living here at the time. It’s hard to say. But one thing is for sure, they remember it now because, well, you always become famous when you are dead.”

It was with a certain irony perhaps that these words brought an end to my homage to Marvin Gaye—who was shot dead in 1984 by his father in Los Angeles after the singer tried to break up an argument between his parents. In many ways, it was frustrating that so little remains of Gaye’s legacy in Ostend, and it seems that the town could do more to remember his time in Belgium. Little matter, I still enjoyed walking along these sandy beaches on a late-summer morning. Sometimes the search itself is the attainment.

According to Rolling Stone magazine, “What’s going on” is the greatest album of all time.

From issue 106, get your copy at pelotonshop.com