Speed may be central to bicycle racing, but Canadian Gervais Rioux understands that some things in life take time as well. After all, it took him 14 years as a bike racer to realize his childhood dream of representing his country in the Olympic Games. And it took him even longer to get his Argon 18 bikes into the Tour de France. But Rioux also understands the importance of working toward goals, little matter how long it may take. We sat down with this Canadian icon to discuss his life in cycling, from bike racer to bike shop owner, at the 2019 Grand Prix Cycliste de Montréal, asking him about the way in which he took a bike brand on the verge of bankruptcy and turned it into one of the world’s leading bike manufacturers.

Gervais, it’s great to sit down with you finally. I remember racing with the Evian team you were on back in the day, and I have been following the rise of Argon 18 bikes, which you have transformed into a major international brand. Tell us a little about how you got into cycling.

Well, I started racing back in 1973 as a 13-year old. And in 1974 the world championships were held here in Montreal, two years before the Olympic road race. I’ll never forget it because Eddy Merckx won in front of Raymond Poulidor, like in the Tour de France a month before. But when the Olympics came in 1976 I remember telling my father, “Okay that is what I want to do!” Now, it took a long time, but in 1988 I did represent Canada at the Seoul Games. In between that, I managed to win the Canadian national championships three times: first in 1979 as a junior, then in 1985 as a senior in front of Alex Stieda, and again in 1987. I think I was one of the top three cyclists in Canada at that time. Steve Bauer was the best and Stieda was very good. I raced in Europe a fair amount but I think I missed maybe that extra 10 percent to become a pro. But still I was very satisfied to race in the Olympics. 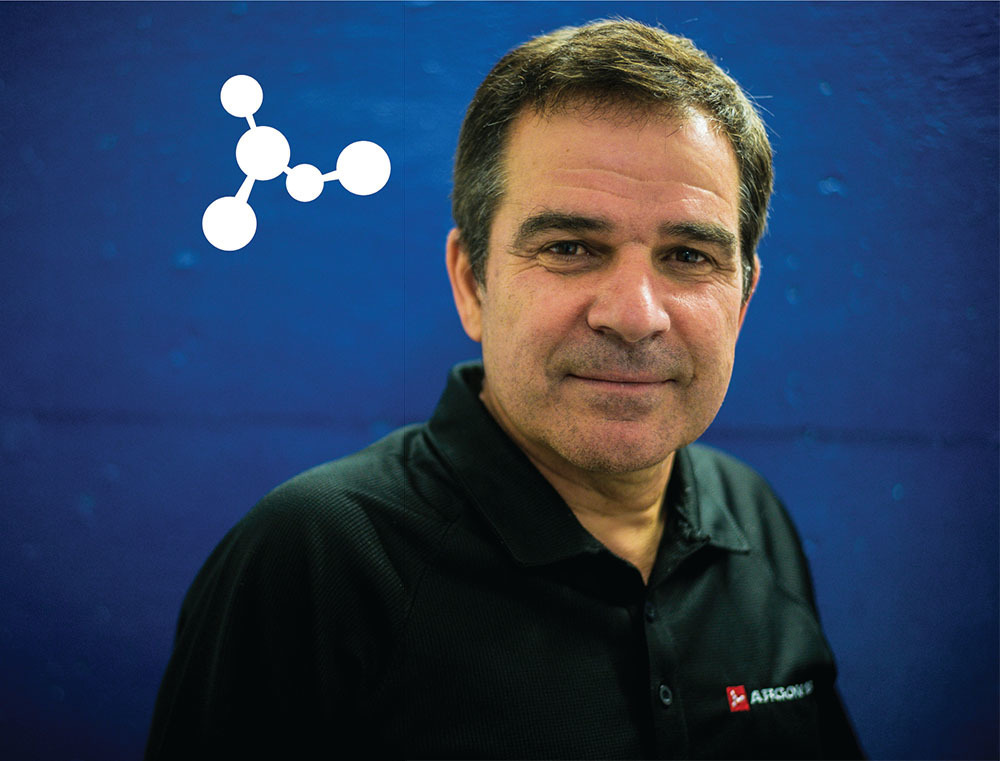 I just saw your bike shop (above). It is only about a 100 meters off the racecourse of the Grand Prix, which of course is held on the Olympic road race course. It’s clear that you have deep ties to Montreal. Yes, we have moved locations a couple of times but we have always been in Montreal. I’ll never forget my first shop that I had after racing. It was really small. I was selling bikes in the day and repairing them in the evening. It was hard work but that is how I learned the business.

A bike shop may be a good way to learn the business, but going from bike shop owner to bike manufacturer is a big jump, right? Yes, it is. You know, when you are a bike shop owner you have a credit from the supplier. They ship you the product and you have 90 days to pay, which gives you a big opportunity to sell the product first. But when you become a manufacturer you have to pay a lot up front. You have to pay for the components. You have to pay for shipping. And when you sell to a shop you have to give them 90 days credit. So already on a financial front it is very different.

When I retired from racing, the Argon 18 brand was going bankrupt. Now I had raced on their bikes over the years, and I saw an opportunity to develop this brand. I had two goals when I took over the brand, first to expand and make it an international bike brand and, second, to race the Tour de France. For me, if you want to be in the elite of the road bike brands, you have to be in the Tour de France. This dream took over 20 years but, step-by-step, I built up the brand and made it happen. I bought the brand in 1999 and I signed with Bora-Argon 18 in 2015 before moving to Astana in 2017. 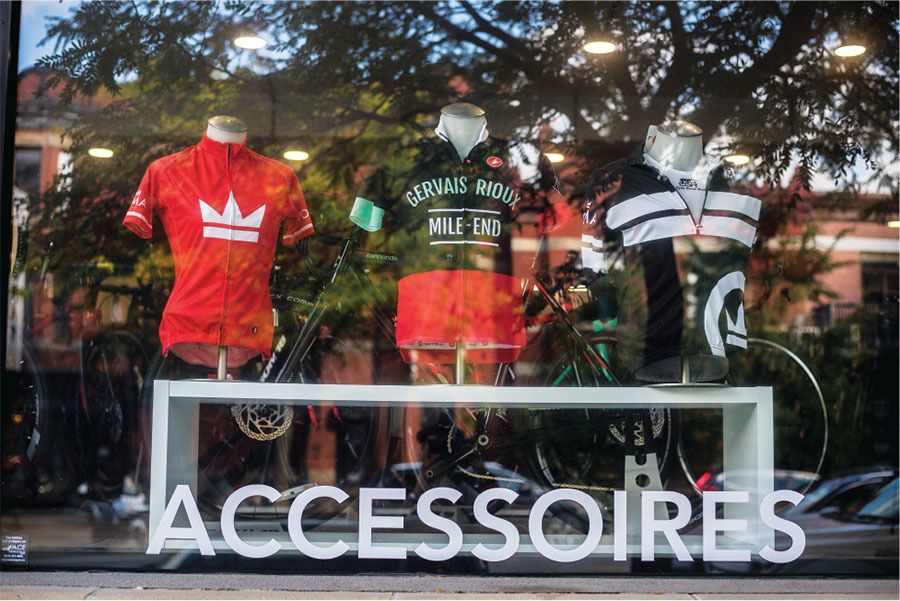 You have had tremendous success working with Astana, especially this year. What is it like working with that team? Honestly, it is great. When I met with them back in 2016 and explained my brand and what I wanted to achieve with it in terms of product development, etcetera, I could see that they really wanted to be part of our plan.

What did you say exactly? What is your role as a bike brand with a WorldTour team? Well, firstly we need to bring the riders the best possible bike. To me a bike needs to feel fast and it needs to be safe. And when you are descending, it needs to feel like you are driving the bike and not the other way around. Handling to me is one of the key points. When you are accelerating in a turn you need to be able to put the bike where you want. It can be very technical. But I think we have been one of the best companies when it comes to the transition from welding steel frames to manufacturing carbon. The bikes are so light today. As a result, geometry is ever so important. In 2019 I still see brands that have the same seat-tube geometry on every size bike. And that is not possible! For us, each size is dedicated to getting the best possible position for the rider.

Just from a glance, it is safe to say that your bikes have a different look. The down tubes appear a bit smaller as does the front fork. Is that a decision you have made? Yes. If the down tube is too big you are just going to get a really stiff bike. Now, of course, the professionals want a stiff bike. But if you are going to ride 200 kilometers you need some compliancy. Now some people think that if a bike is comfortable then it must not be stiff, but I don’t agree. You know if you drive in a Porsche, it is still comfortable! It’s plenty fast, plenty fun. A Lamborghini may be a little harder on the shocks. But a Porsche is still comfortable. It has a nice balance. And for me it should be the same way with a bike.

Did your experience building steel bikes play a role in your development of carbon bikes? Yes. Back in the day, there was SP, SL, SLX and SPX tubing from Columbus. I remember that sometimes frame builders would build bikes with a combination of tubes, perhaps using SPX on the down tube of really big frames to give them added stiffness. In the old days they played a lot with the thickness of the tubing to come up with the best frame. And in carbon, if you know your job, you can be even more precise. A lot of the principles I learned with steel, I can still apply today with carbon.

Well it seems like, for years, stiffness was all that mattered. But today more and more frame builders are concerned with finding ways to enhance compliancy, especially in certain crucial areas. Exactly! Personally, I think that if you try to go too much in one extreme you are losing something. And then if you go too much in another extreme you lose something else. It’s all about balance, the optimal balance between stiffness, comfort and weight. If you put too much emphasis on weight then you may well lose some comfort because the lighter you go, the stiffer the carbon grade needs to be. It’s just not as comfortable. Building a bike is sort of like baking a cake. There is a recipe. You have flour, butter, sugar, etcetera. And if you don’t balance the recipe, the cake will not taste good. Some people think that all carbon-fiber bikes are the same. But they are not the same. Underneath the paint there is a lot of work. And we try to build bikes that fit different riders. Be it a woman, a man, a pro cyclist or a Sunday rider who gets on their bike, I want them to have fun with it.

What is the bike you are most proud of at this point in the brand’s history? Oh, I would say the Gallium Pro rim brake. If you give a team a new bike one week before a big pro race and they ride it, well that says a lot. And that is what happened in 2017. We got the bike to Jakob Fuglsang about a week before the Critérium du Dauphiné, and after about 10 kilometers he said, “That’s it! I am riding this bike next week!” [And Fuglsang won the race]. And by the Tour de France, everybody [on the team] was racing on it. To me, that bike was a real landmark. That was our first year working with the team and I wanted to offer them the best bike possible. Fabio Aru then became the Italian national champion on that bike and he rode it in the Tour de France, winning the stage to La Planche des Belles Filles and grabbing the yellow jersey. And now what I want to do is provide the same feeling on that bike with a disc-brake model. Our challenge will now be to make a disc-brake model that is even better than the current model.

Well, it sounds like you have plenty to keep you busy in the future as well. And it has been an amazing journey already. Yeah, we are really proud. We started the company back in 1999 and it took us until 2015 to do the first Tour de France [with NetApp]. It’s been a long journey, but an exciting one!

This interview originally appeared in issue 90.

Also check out From Alaska To The Tour