The North American Handmade Bicycle Show is an annual showcase of the most beautiful and sometimes out-there bespoke bicycles. Originally planned for the spring, the show has had to be canceled this year due to the Covid-19 pandemic. But it would be a shame not to be able to show off all the bikes in one form or another, so we’re bringing the show that would have been online. Celebrating 90 years in business, Italian company Grandis has remained devoted to the belief of its founder, Silvino Grandis: Bicycle-making is a craft, an art rather than a job. To commemorate this milestone, Grandis is making an Anniversario model, a run of 90 custom, handmade steel frames using Columbus Overmax tubing. All frames are being made by Ezio Grandis, signed and numbered, and available with custom geometry and finish. A 24-karat goldand-silver head badge accents this bike. The Supreme Disc is designed with flat-mount disc brakes and through-axles. Spec’d with the Deda Elementi Alanera bar, the Supreme Disc runs the shift and brake housing fully internally. And a custom internal expander wedge seat post keeps the seat cluster clean. Artfully TIG welded, it’s available with custom geometry and finish. It’s been a busy year for io’klîn frameworks, but the Taiwanese brand’s Marc Tsui is proud to share two road disc frames made for a father and son. Both frames bear all the hallmarks of modern steel frame building. Each is made from Columbus Cento tubing with a matching Columbus fork. Flat-mount disc brakes provide sleek stopping power, and through-axles keep everything tight. Both bikes will be matched with Campagnolo Super Record 12-speed groupsets and Bora WTO 45 wheels. The father’s frame is painted matte sand with mudsplatter camo to represent the connection to the ground and Tsui’s love of off-roading. The son’s frame features a metallic-blue fade with tonal bird feathers, representing the freedom of the sky. Your bike. Precisely. Rob English of English Cycles takes the time to really understand what each rider needs and wants, relating to fit, feel, performance and options, before creating a custom design to deliver on all requirements. English’s elite racing experience, Cambridge University engineering degree and a truly collaborative approach combine for an exceptional custom-build process. Frames—everything from lightweight race bikes to adventure touring bikes—are fillet brazed from the latest high-strength steel alloys. Each bicycle is engineered and crafted one at a time in Eugene, Oregon, with special emphasis placed on a comfortable and efficient position with ride characteristics perfectly dialed to the rider’s preferences. Awarded Best in Show at the 2013 NAHBS. 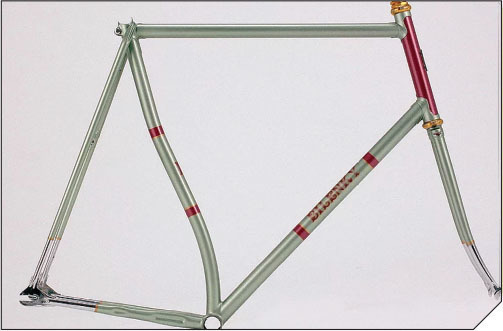 For Bilenky Cycle Works, it all began in 1983 when Stephen Bilenky started building frames in the basement of his home. Hundreds of unique bikes later, Bilenky Cycle Works has grown into one of the most respected custom frame builders in the U.S., with a focus on crafting bicycle art that will propel you to the store, to the finish line or around the world. Located in an old North Philadelphia shop between the railroad tracks and the neighborhood junkyard, Bilenky is a team of cats, mechanics and machinists working together to make bicycle magic. It’s an enduring institution committed to enhancing the world of cycling, one handcrafted frame at a time. Fluent Frameworks is a one-man custom bike shop located near Halifax, Nova Scotia. Matt is the builder, painter and doer of everything in between. All of his frames utilize high-end steel and are fillet brazed and finished to an endless array of customer wishes. You can start the frame build for $1,800 (Canadian); finishing costs depend upon the varying degrees of complexity. Because every bike is a custom build, there are no Fluent “models” as such, but Matt has built everything from road and mountain to gravel and fat bikes over the last five years of operation. Wait times are variable throughout the year but average three months.

A version of this article originally appeared in issue 94. Get your copy here.